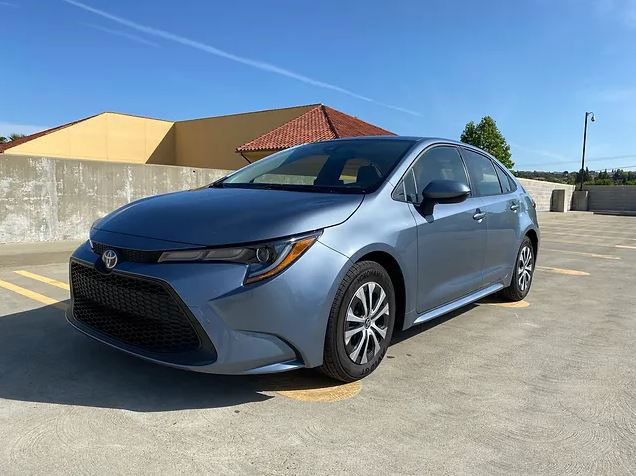 Many things that were problematic last year are still a problem this year, like gas and car prices. I was right there with all of you when I needed to purchase a car for my family. If we could, we would have definitely waited, but as we know now, we would still be waiting, and how long can you really wait to replace something you must replace? Long story short, we were in competition with another family who wanted to buy the same car, a Celestite Corolla Hybrid with all the extras Toyota could offer. It was almost like we were in a race to get to the dealership because it was the only car like this in a 100-mile radius around Los Angeles, and dealerships were not trading cars either. Luckily, for us, the other family’s patriarch was trying to play hardball at a time when the sellers had all the power, and while the father of their family played, we bought, and said, “Good luck.” It was awkward, but I wouldn’t have felt right being the family with the look of defeat on their faces. Maybe they were in shock. But their mouths were definitely agape, and their eyes longed for the vehicle as we drove off in our brand new 2022 Corolla Hybrid last September.

The best part of the purchase, the gas mileage! Our goal was to improve on the standard 4-cylinder gas mileage, and we did. During the first month of ownership, the car averaged 62 miles per gallon. I couldn’t believe it. Honestly, I was a skeptic and figured it would get less than the estimated MPG of 53 in the city, 52 MPG on the highway, and 52 combined MPG because most internal combustion engines get fewer miles per gallon than the sticker shows you. Another good part was the color. We had a chance to pick up a Classic Silver Metallic or White Corolla, but, instead, we went on a trek to Tustin Toyota for the color we wanted, which was called Celestite. To my amazement, it looked better than I thought, and the car’s interior was still in its bubble wrap. Celestite is this beautiful grey-blue that looks amazing with tinted windows. By the way, if you’re going to tint your windows, get the Winkos tint. It costs more, but the interior of your vehicle will feel cooler than if you went with a regular tint.

As far as quickness goes, the Corolla Hybrid is not sports-car fast, so it could be quicker in Normal mode. Yet, it is quicker than the Corolla with the internal combustion engine because the battery gives the Hybrid an instant kick so there isn’t a lag like in a regular engine. In addition, the car does have three driving modes: Normal, Eco, and Power. When you put it in Power mode, it gives you a noticeable increase in acceleration. Another thing to point out is the stock rims. The good thing is they are 15-inch wheels, and that helps with the gas mileage, but they could look a little better. For our Corolla, we’re going to put some black 15-inch aftermarket, Apex-ish, rims to fix this issue, but you could also fit those beautiful 18-inch rims from the Corolla Apex if you don’t mind fewer miles per gallon. One thing I had to get used to, the way the regular engine acts after a cold start. At first, I thought something crazy was happening with the motor, but it turned out to be its way of getting itself ready to drive. Lastly, the model options, Toyota could definitely add some more since they only offered the LE model in 2022. Customers like us may have bought a higher level if there was a choice. However, it seems like Toyota got the hint because the 2023 Toyota Corolla Hybrid comes in three distinct models: LE, SE, and XLE; plus, you can also get All-Wheel Drive nowadays.

Pound-for-pound, the 2022 Toyota Corolla Hybrid is an exceptional car. We chose the one with the Premium Interior Package with the SofTex-trimmed seats, and, let me tell you, it feels luxuriously soft as if you were sitting on a La-Z-Boy recliner. Most people wouldn’t even know that it was synthetic leather in there. The ride is comfortable, almost as though you’re driving on a cloud. Maybe it’s the added cushion from the 15-inch wheels, but comfort is comfort and it’s definitely comfortable. Each person who gets in the car says, “Wow! This is a Toyota?!” And with the tint and eventual rims, the exterior is going to look wonderful, too. The best part is that we bought it for the gas mileage and the car has held up its side of the deal. For example, when compared to a 4-cylinder internal combustion engine, the tank lasts twice as long, and the gas mileage far exceeded the estimated amount of 53/52/52. During our one year of ownership, we did not reset the fuel economy tracker in the instrumentation cluster, and we ended up with a whopping 58.4 MPG! The miles per gallon didn’t fall below 60 MPG until the car passed the 10,000 mile mark after about 7 months of ownership. And this is coming from a family who drove it in nearly every type of driving scenario. I’m still amazed at the miles per gallon the Corolla Hybrid gets you in real-life driving. 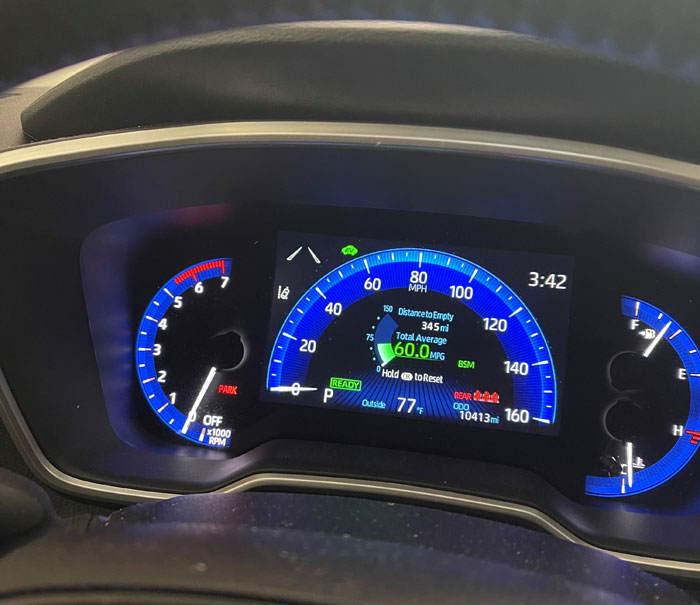 And if you’re wondering about the safety, the added options are worth it whether you decide to get them with the Premium Interior Package or not. For us, it already paid for itself after the car’s standard Pre-Collision System took over and halted the car on the freeway. Thankfully, the system did all that because as soon as the driver had the “I’m not gonna stop” feeling, the front of the vehicle dipped, the instrumentation cluster went red, and nothing happened except relief.

I hope the other family that missed out on this magnificent car could get themselves a hybrid because it was a great purchase and a fantastic way to save money at the pump. So, if you’re buying a 2022 or 2023, you’re spending your money wisely. Happy savings!

We are not affiliated with the manufacturer or dealership, but here’s the link to check out the Toyota Corolla Hybrid.

Sign up to receive a free Young Adult Thriller eBook!

E. R. Sanchez is the author of Fried Potato Press’s first full-length novel, Petaco Dreams, which will be released in 2023. In addition, he has had poems and stories published online and in print. If you’d like to read his work that was published online, please click here to go to his Stories and Poetry section.